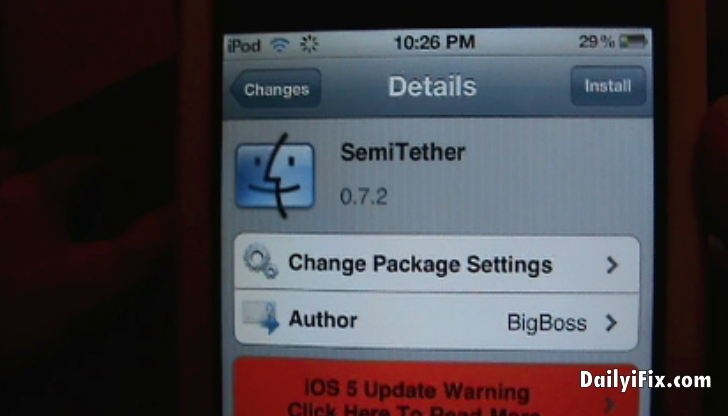 Last weekend, the BigBoss repo released a package on Cydia called SemiTether, which allowed users to reboot their tethered jailbroken iOS 5 device without the need of connecting it to the computer.

The updated 0.9.1 version of SemiTether now has a framework that allows developers to install patches to system functions) and allows you to use Safari after rebooting; this was not possible before.

Here is a summary of the update from BigBoss:

Summary of changes:
1) Much more stable with new mobile substrate
2) Can patch safari so it works in the non-jailbreak reboot mode
3) App to monitor the status of your semitether and reapply. Check after cydia installs.

The BigBoss team also says that they are looking into patching Mail, and that they are working with the developers of MyWi and AppSync.