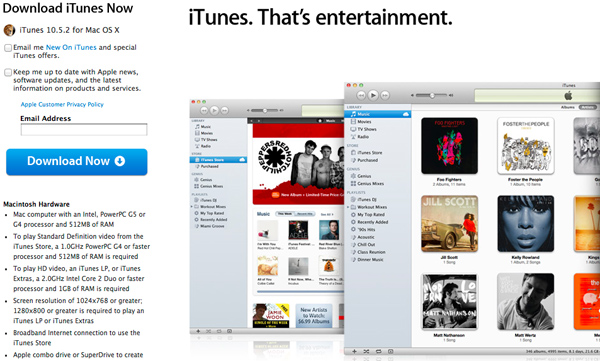 Apple has released a new update for its iTunes software, version 10.5.2. iTunes 10.5.2 adds some enhancements to iTunes Match and several additional updates and bug fixes. You can update your iTunes software via Apple’s website or via software update.

Release notes say that the 10.5.2 will include “several improvements” for iTunes Match, Apple’s new music streaming and storage service, and fixes for an audio distortion issue experienced with certain CDs.