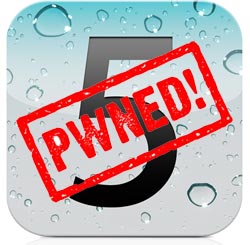 Last week, the infamous hacker Pod2g teased us by showing a video of an iOS 5 untethered jailbreak on his iPod Touch 3G. Later on, Pod2g confirmed that the jailbreak will also work for the iPhone 4. Now he has added several more devices to the list of compatible devices for the untethered jailbreak.

After updating his blog today, we can see that he has completed the code for his jailbreak for the original iPad, iPod touch 4G, iPhone 3GS, and Apple TV. He is going to be testing the jailbreak on these devices within the next few days.

Below is the entry from his blog:

iPad1 iOS 5.0.1 Untethered Code is done, testing tomorrow with a friend’s device.,Just to let you know my progress in real time.

Apple Tv2 4.4.3 Untethered code Done also. Rush mode = off for today.Will be able to test in some days, thanks to @firecore that’d ship me an Apple TV 2 for testing !.Thanks mate ! That’s awesome.