Apple’s Next Generation iPhone Could Be Waterproof 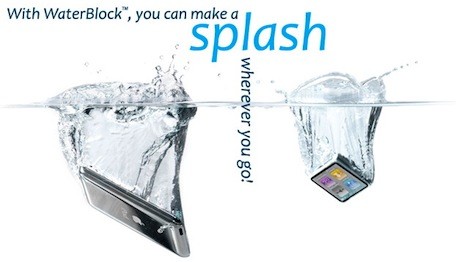 A little Utah-based startup company named HzO offers an incredible product waterproofs gadgets without the need of a case or any add-on. HzO is said to be in talks with Apple and Samsung about incorporating its WaterBlock waterproofing technology in future devices, such as the iPhone 5. The incredible technology was demoed at CES 2012 and got a lot of exposure with great feedback.

We showed the Samsung Chairman the technology with a SamsungGalaxy S that we had coated with HZO and he couldn’t believe his eyes,” a representative of the company told us. “Samsung is really excited by the tech.” The company has told us that they are talking to Apple as well, hoping to be able to let Apple make the iPhone 5 waterproof. “We expect HZO to be in next season’s phones,” HZO told Pocket-lint rather confidently.”

The WaterBlock technology uses a safe, non-toxic organic material that doesn’t add any weight to a device. Check out the video below, which shows how the technology works.
Continue Reading
1
Share