Everything You Need to Know About The New iPad 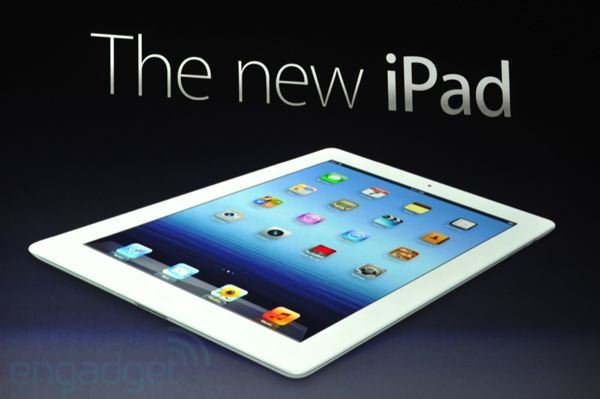 Today, March 7th, brought along a lot of controversy about the name Apple gave to it’s new tablet. Apple named the latest-generation iPad just simply the “new iPad.” Although the name may not have been what everybody hoped for, the features of this new tablet gave most of us what we had hoped for. 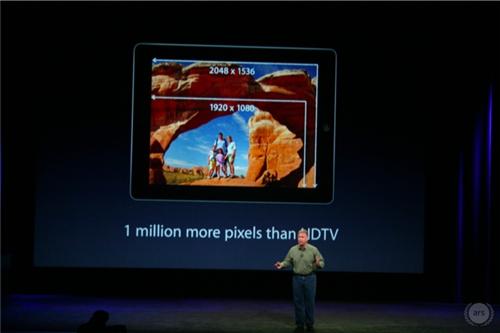 Let’s talk specs, the screen size remains unchanged at 9.7-inches diagonally. The resolution is an amazing 2048 x 1536, with 3.1 million total pixels at a density of 264 pixels per inch, meaning it does have Retina Display. This device has 1 million more pixels than an HDTV, making the new iPad have the most pixels ever put into a  mobile device. Apple is also claiming a 44% increase in color saturation on the new iPad. 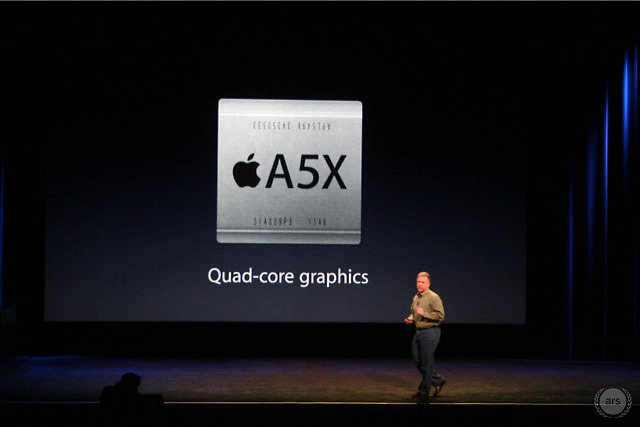 Apple also put a dual-core A5X chip (four times as fast as the Tegra 3) in the new iPad, which calls for quad-core graphics. The exact benchmarks are not proven yet but Apple is claiming the new iPad is 2x faster than the iPad 2. 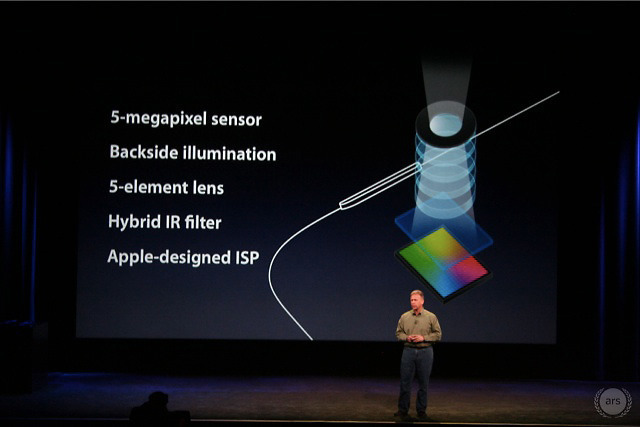 The new iPad also features a 5MP rear facing iSight camera. The name “iSight” is new but it uses the same 5-element lens and hybrid IR filter that the iPhone 4S uses, but the sensor is obviously slightly different. This camera will also support 1080p HD video recording with real time image stabilization. 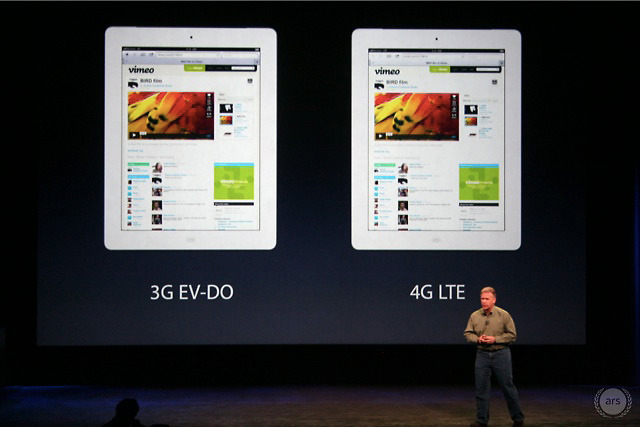 Apple will offer two LTE versions of the new iPad in the US, one for AT&T and one for Verizon. The tablet can also be used as a personal hotspot if the network allows for it. Both US models are 3G world ready.

Due to the higher resolution display, the new iPad is thicker at 9.4mm vs 8.8mm for its predecessor, the iPad 2. The new iPad weighs in at 1.4 lbs, slightly heavier than the 601 grams of the iPad 2. Battery life stays the same, at 10 hours and Apple claims 9 hours of battery life on 4G LTE. 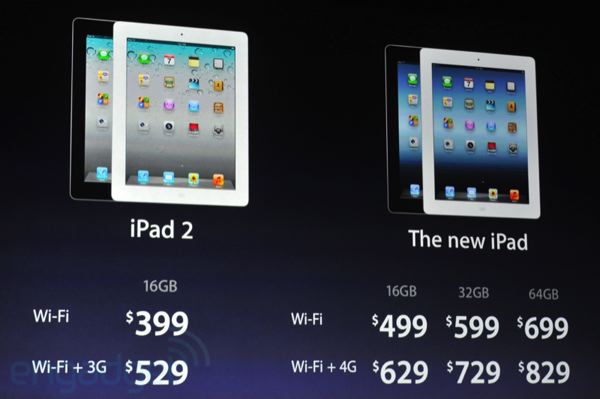 The new iPad will be available on March 16th at the same price as its predecessor, starting at $499 for a 16GB Wi-Fi model, and on up to 64GB for both Wi-Fi and 4G models. It will also be available in the same two color options as always, black and white. Also seen in the image above, the iPad 2 got a $100 price drop.

The Apple Store is Down