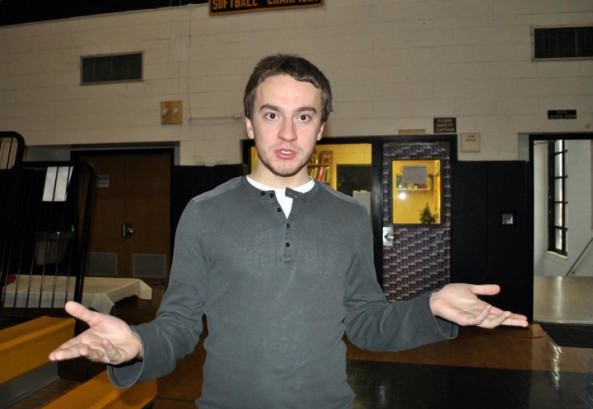 George Hotz aka Geohot got busted for possession of marijuana while on his way to SXSW this morning. The famous iPhone hacker was arrested in Sierra Blanca, a small town with a history of arresting famous people for marijuana possession, including country singer Willie Nelson, and rapper Snoop Dogg.

The cops let drug-sniffing dogs out at the checkpoint in Sierra Blanca, and they barked at GeoHot’s car after smelling it. The 22-year-old apparently had a quarter of chronic stashed in the glove box, as well as eatables containing less than 1/8 oz of marijuana.

Mr. Hotz has a medical marijuana license in California, allowing him to legally possess the drug in the state, but not outside of California.

GeoHot was scheduled to speak at SXSW, but he was turned over to the Sherrif’s office and given a citation. He was sent to jail and released on a $1,500 bail.