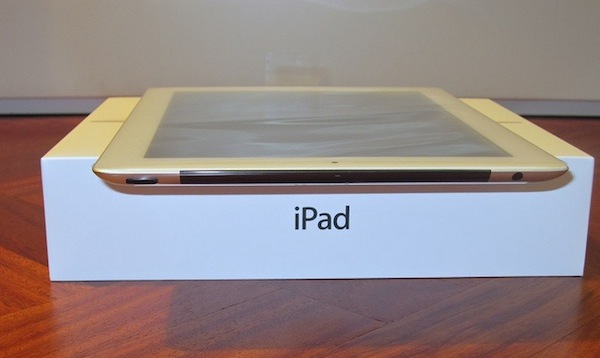 According to Supply chain sources, Apple will unveil a cheaper 8GB iPad 2 model alongside the third-generation iPad models at the media event next Wednesday.

This specific rumor comes from DigiTimes, they reported that sources within Apple’s “upstream supply chain,” will release the smaller capacity iPad 2 in order to cover a wider price range within the tablet market and fight off threats from upcoming Windows 8-based tablets. Although DigiTimes doesn’t have the best track record when it comes to accurate Apple information, this rumor actually seems possible.

“As Apple has scheduled an event on March 7, sources from its upstream supply chain pointed out that the company is expected to launch two iPad 3 models – a 16GB version and 32GB version.

In addition to the iPad 3, Apple is also expected to unveil an 8GB iPad 2, allowing the tablet PC series to cover different segments and to defend against Windows 8-based tablet PCs, the sources noted.”

This rumor seems possible because if you think back, this is exactly what Apple did with the iPhone 4 when the iPhone 4S was released. In addition, we have heard a lot of talk about Apple keeping the iPad 2 around this year at a cheaper price point.

If this is true, the iPad would have a price point of $399, or maybe even lower. However, if the 8GB iPad 2 never does see the light of day, we can expect a significant price drop on the current models of the iPad 2.

The New iPad May Be Called iPad HD