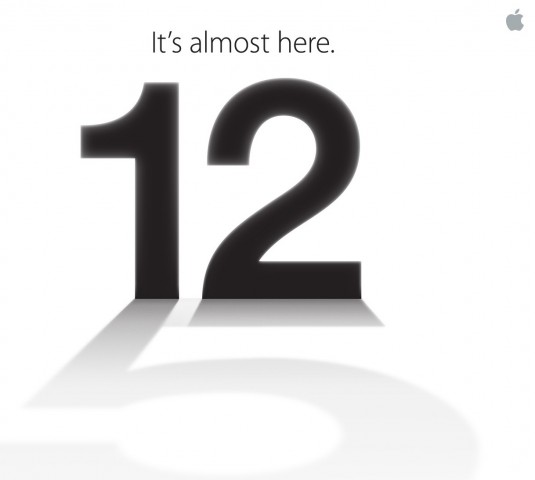 After tons of speculation and reports indicating that Apple’s new media event would be occurring on September 12th, Apple has just announced that the event is indeed on the 12th. Apple issued invites this morning for its highly anticipated media event related to the next-gen iPhone. The event is scheduled to take place next Wednesday at the Yerba Buena Center for the Arts at 10:00 am.

From constant rumors and reports, we can expect the iPhone 5 to be re-designed and offer improved speeds. The device is set to have a larger 4-inch screen, a dual-tone backplate, better hardware (CPU, RAM, Camera), and iOS 6.

It has also been reported that Apple will hold another event in October to announce the new iPad Mini.