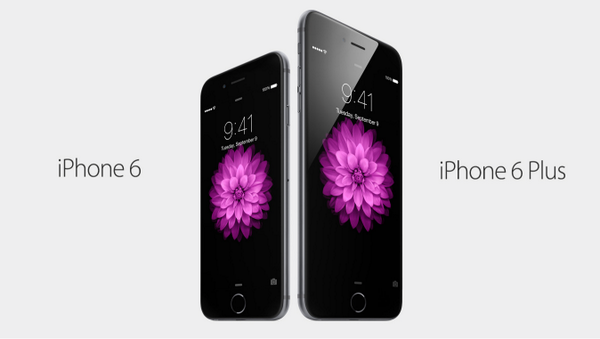 Optical Image Stabilization
Both the iPhone 6 & 6 Plus come equipped with an 8mp iSight camera with new sensors, but the iPhone 6 Plus offers something big that the regular 6 doesn’t – optical image stabilization. In short, this feature allows for better low-light imaging, while also stabilizing the image to avoid shaking. This aspect is commonly found in high-end smartphones as well as high-end DSLRs. If you are really into iPhone photography, the extra $100 would be well spent.

Battery Life
The iPhone 6 and 6 Plus improve on the 5s’ battery life by 10-25% when taking talk time, video playback and standby into account. However, the iPhone 6 Plus does get better battery life than the standard 4.7″ iPhone 6, by a lot more than you’d think! The extra size allows Apple to pump out more battery, making this the longest-lasting battery ever seen on an iPhone.

Screen Resolution
Since the iPhone 6 Plus has a larger screen than the 6, Apple has the ability to incorporate a lot more pixels, leading to a full HD display at 401 ppi. While it may not be the best on the smartphone market, it is the best that an iPhone has ever seen. The screen is extremely sharp and is designed to display higher contrast and better viewing outdoors. Within the device lies an improved polarizer, which Apple promises will make the display more visible in the sun or high-lit areas. If you think Retina screens look good, wait until you see the iPhone 6 Plus in person!

UI
The 5.5″ iPhone 6 Plus will have a slightly different version of iOS created specifically for it, due to its ability to view the springboard in landscape mode. Landscape mode had previously only been seen in iPads but now the 5.5″ handset has received this great feature. There are numerous perks to having this feature but the most obvious one is having more real estate to work with. Flipping the device to landscape mode will show more content; in messages, you’ll be able to see a list of your messages (on the left), while a single message’s content will be simultaneously readable on the right. This is also great for viewing your calendar, playing games and much more.

When it comes to picking between one of these two handsets, it all depends on what you plan to use the device for. The battery increase and camera features are what will sell a lot of people on the Plus. Let us know which one you’ll be getting!