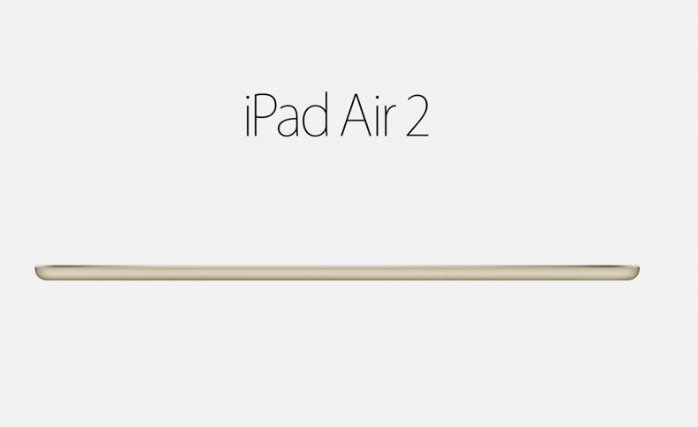 While at the corporate Town Hall campus in Cupertino, Apple just announced the next edition of both the iPad Air and the iPad Mini.

The new iPad Air 2, was just as expected, thanks to leaks. It is 18% thinner than the previous generation and it will also be available in the gold colorway.

The iPad Air 2 is incredibly thin, coming in at 6.1 mm thin, which is 18 percent thinner than the original iPad Air, making it the “world’s thinnest tablet.” The device now comes with Touch ID, better cameras, Apple Pay capability, a faster A8X chip and more.

Apple also announced the third generation of the iPad Mini, which is rather disappointing. I say it’s disappointing mainly due to the fact that it has no performance bump from last year’s model.

The tablet retains a 7.9-inch display and a 5MP iSight camera, while on the other hand, it gains a faster 802.11n with MIMO and a Touch ID-enabled Home button. Apple didn’t mention the name of its processor but it’s not the A8X. 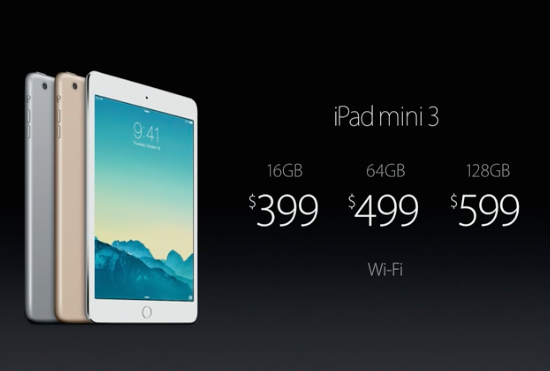 Both devices will be available for pre-order beginning tomorrow. 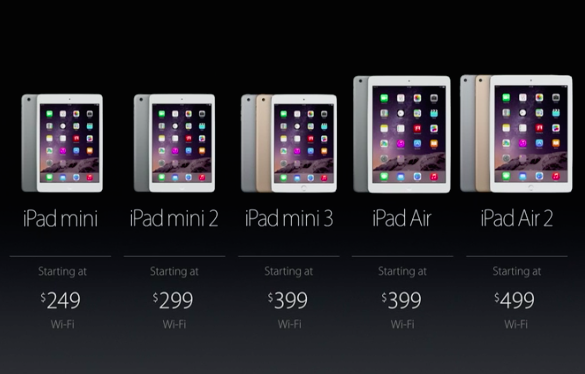