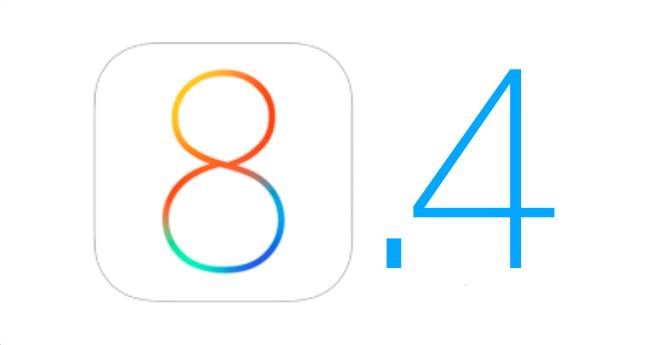 Apple released iOS 8.4 Beta 1 to developers last week and now that I’ve had time to play with the new firmware, I figured I’d share my top five favorite new features in the beta firmware. Now, this 8.4 firmware is mainly being released to fix bugs, but there are also some pretty major features added. Since almost all of the notable features are within the stock Music app, that’s what this post will be focusing on. Let’s get started!

So this isn’t technically a feature but it’s definitely something I wanted to mention. The design overhaul of the music app in iOS 8.4 is elegant, clean and adds a whole new dimension to it, even though it may look minor on paper or in videos. There are now 3 tabs on the bottom and we’re able to swipe anywhere on the screen to navigate to the next section (Music, Playlists, Radio). The “Now Playing” page is a lot cleaner and the album artwork isn’t as big – the focus is now on the music controls.

It’s actually surprising that Apple included such a big design change in a later version of iOS 8 instead of waiting until iOS 9 like many had expected.

So iTunes Radio isn’t very popular in comparison to Spotify and Pandora, but I’m sure at least a few of you use it. Now, in iOS 8.4, Apple has made it much easier to navigate through the iTunes Radio section within the music app and it looks a lot more elegant and modern. You have your “Recently Played” stations at the top for easy access to what you were listening to earlier, a lot of colorful artwork as you scroll, and a clean breakdown of stations by genre. The newly revised iTunes Radio is a lot more visually appealing and was a much needed upgrade.

If you’re like me & have over 1500 songs on your iDevice, chances are that you’ve had to search for that one song you’ve been wanting to hear but it took getting out of your playlist, back into the ‘Songs’ tab and then scroll to the top to do so. What a hassle. Now, in iOS 8.4, you have a search icon on every page within the Music app. This means that no matter where you’re at inside of the Music application, you’re able to quickly and seamlessly search your library or the iTunes Radio database. Very useful.

The new “Mini Player” is an amazingly awesome feature that we’ll all be using religiously for the next few years. The mini players basically acts like a sticky footer of a website; it’s a small bar that’s always at the bottom of your screen no matter where you go (excluding the ‘Now Playing’ page). It shows you the song that’s playing, the ability to play/pause without opening a new screen, and the ability to delete the song without opening a new page. Those are all awesome features but the best one of all is when you go to search for a song and hit play, it will automatically start playing and show up on the mini player instead of opening the ‘Now Playing’ screen. This allows you to quickly play songs and continue browsing while you decide. A definite time-saver and a great addition.

The ‘Up Next’ feature is exactly what we’ve had on iTunes for a while and it’s really exciting to see it ported to iOS. Basically, the ‘Up Next’ feature allows you to choose which songs play next, which songs play after that song, and so on. It allows you to have more control over exactly what songs you want being played. You can always edit the songs, move them around to your pleasing and also see a history of the songs that were played already.

When we go to a song in the Music app, you will notice the icon (3 lines with dots) in the bottom, next to the ‘Repeat’ icon. This is where you go to access the feature and add songs to the list.

So, there you have it – the top five features in iOS 8.4, as of beta 1! The design changes in this firmware update are fantastic and it’ll be interesting to see what iOS 9 brings! What’s your favorite feature in iOS 8.4?

An iOS 8.4 Jailbreak Has Been Shown on Video